Neural and Subjective Effects of Inhaled DMT in Natural Settings

N,N‐Dimethyltryptamine ﴾DMT﴿ is a short acting psychedelic tryptamine found naturally in many plants and animals. When combined with a monoamine oxidase inhibitor, such as in the Amazonian brew known as ayahuasca, DMT becomes orally active and its effects are extended. Few studies to date addressed the neural and psychological effects of DMT alone, either administered intravenously or inhaled in freebase form, and none conducted in natural settings.

We combined state‐of‐the‐art wireless electroencephalography ﴾EEG﴿ with psychometric questionnaires to study the acute effects of inhaled DMT in 35 participants in natural settings, focusing on questions tuned to the advantages of conducting field research, including the effects of contextual factors ﴾known as “set” and “setting”﴿, the possibility of studying a comparatively large number of subjects, and the relaxed mental state of participants consuming DMT in familiar and comfortable settings.

We observed that DMT significantly decreased the power of alpha ﴾8‐12 Hz﴿ oscillations throughout all scalp locations, while simultaneously increasing power of delta ﴾1‐4 Hz﴿ and gamma ﴾30‐40 Hz﴿ oscillations. The pharmacokinetics of inhaled DMT was similar to intravenous administration, but we observed a faster return to baseline for power in the alpha band. Gamma power increases correlated with subjective reports indicative of mystical‐type experiences. DMT also increased/decreased global synchrony and metastability in the gamma/alpha band, and resulted in widespread increases in signal complexity measured using the Lempel‐Ziv algorithm.

These results are consistent with previous studies of psychedelic action in the human brain, while at the same time suggesting potential EEG markers of mystical‐type experiences in natural settings. In summary, we conducted one of the first field studies on the neural and psychological effects of a serotonergic psychedelic, yielding new insights and advancing our understanding of the translation between laboratory findings and those obtained in the contexts where these compounds are most frequently consumed. 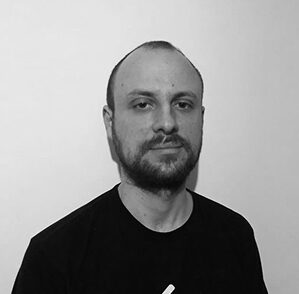 View event
Psychedelic Retreats in Latin America: How to Make Them Safe, Sustainable and Respectful Toward Indigenous Peoples
Keynotes & Talks

Considering the rise in spiritual tourism to Latin America from westerners seeking ayahuasca, hallucinogenic mushrooms and peyote ﴾all sacred plants to different indigenous tribes﴿, there are already economic interests at stake. Only in Peru, …