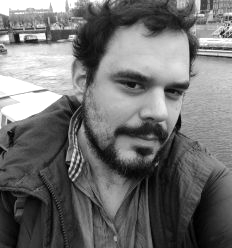 Enzo first studied physics and neuroscience at the University of Buenos Aires and at the University of Frankfurt, then held postdoctoral positions in Germany, Amsterdam and Paris. Currently, he works as a professor at the University of Buenos Aires. Supervising a group of approximately 15 PhD students, postdocs and tenured researchers, he and his fellow researchers share a common interest to improve our understanding of human consciousness and its two-way relationship with the culture where it is embedded. Enzo has also previously published on altered states of consciousness from different perspectives, including the first neuroimaging study of the acute effects of LSD in humans and the first naturalistic study of the neural and subjective effects of smoked DMT. In particular, the field studies of the neural and psychological effects of DMT are the first experiments with psychedelics conducted in Argentina. Since the human use of these compounds originates in what is now Latin America, Enzo is now highly invested in creating a Latin American Institute for the neuroscientific study of natural psychedelic molecules.

Panel V: Transformation of Self or Society? Understanding the Implications of Psychedelic Experience

The practice of microdosing with psychedelics is becoming increasingly popular, yet the purported…