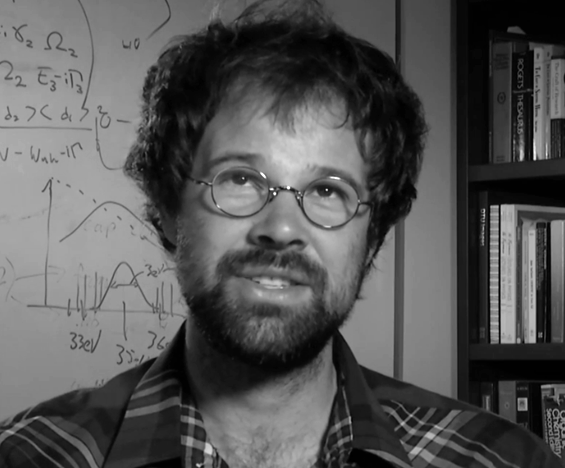 CiTIUS Intelligent Technologies Research Centre
David Glowacki is a cross-disciplinary researcher. Originally from Milwaukee, he is currently based in Santiago de Compostela in Northern Spain. He is the founder of a research group called the ‘Intangible Realities Laboratory’ (IRL), who carry out research at the immersive frontiers of scientific, aesthetic, computational, and technological practice. He is the recipient of several research awards, including a Royal Society Research Fellowship, Philip Leverhulme award, and ERC grant. His immersive digital artworks have been experienced by more than 200,000 people on three continents. He is a leader in virtual reality applied to real-time scientific simulation and visualisation, and presently works at the CiTIUS Intelligent Technologies Research Centre.
Over the years, David has become increasingly interested in how aesthetics guides scientific imagination – particularly in domains which cannot be seen with the naked eye, where our scientific intuition is guided by the aesthetic representations and metaphors we use to imagine phenomena which are otherwise invisible. Over the last few years, the IRL’s work in computational aesthetics has driven a number of scientific research outcomes, illustrating how aesthetic inquiry and scientific inquiry can work together in mutual dialogue, pushing one another into new territories.