Introduction: Both pharmacokinetic and neuroendocrinological effects of the entactogenic substances with their prosocial potential could mimic the subjective experiences of an “emotional closeness”, initiation of an intimate bond, or just “falling in love” with partners in the company of whom the entactogens are being taken. MDMA induced sexual arousal‐like effects which were observed using usual tools for measurements of the arousal, desire, and endocrinological effects like increase of levels of cortisol, prolactin and oxytocin ﴾Dolder 2018﴿. For several years, the scientific investigations of the therapeutic potential of psychedelic compounds have experienced a renaissance. New results of the studies with psychedelics used for the treatment of many psychiatric disorders, including treatment of resistant depression, post‐traumatic stress disorder, and even alcohol addiction were published ﴾Nichols 2017﴿. Modern studies based on the newly created protocols of psychedelic‐assisted psychotherapy ﴾PAP﴿ do not refer to the long‐term effects of such therapies in terms of the eroticized transference and/or countertransference and the proneness to initiate the intimate relationships by people participating in these new therapeutic technologies. On the other hand, new protocols of psychedelic‐assisted psychotherapy ﴾PAP﴿ are transparent and strongly relate to the ethical rules governing them.

Aim and method: The aim of this naturalistic case report is to trace the dynamics of an intimate relationship between a male and a female partner in conjunction with the symptoms of the “monogamous hypersexuality” as presented by a male partner. In this study, we hypothesize that unusual psychopathological symptoms were caused by recreational use of MDMA by both partners prior to a consultation with a medical professional.

Results: The male patient reported a problem of the subjectively increased libido, the dominance of the feeling of the incomprehensible uniqueness of this relationship, and the limitation of his sexual fantasies solely to his female partner. On the other hand, he was complaining that his engagement in this relationship was overwhelming him and the sexual aspect of their relationship dominated other areas of this relationship negatively influencing their social life. The psychopathological symptoms presented by the patient were operationalized as the late effects of the MDMA use. In the course of the further observation, it was revealed that despite the subjectively experienced increased libido and the symptoms of the “monogamous hypersexuality” the patient was feeling dependent and submissive to his partner. These features were not present in his former relationship.

Conclusion: Based on the pharmaco‐physiological studies we conclude that the uncontrolled application of psychedelics, and especially the entactogens, by producing the orgasm‐like physiological effects could lead to the initiation of the intimate bond and the increased need for sexual activity with individuals being present during the experiences ﴾both inside and outside the therapeutic settings﴿. In the case of the symptoms of the “monogamous hypersexuality” that are difficult to differentiate, it is worth considering the deferred pharmacological effects of substances from the group of entactogens, which are increasingly used by some patients for recreational or self‐healing purposes. 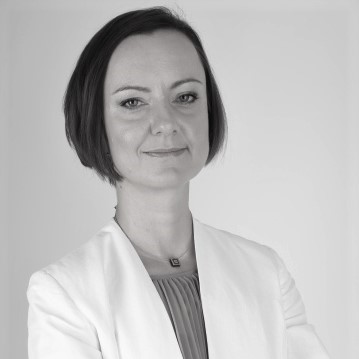 Psychedelics are consumed in many different settings, but one is almost neglected by psychedelic research: Taking psychedelics as a romantic couple. MDMA was used for couples therapy in the 80s, while contemporary research describes how couples ar…